Alright, so I’m gonna write this post in the first person as I feel it will have more impact and come across as a bit more relatable to anyone reading it.

As some of you may already be aware, my first child, Nolan, was born about 4 months ago. And while I love that little ball of adoreableness more than words can express, raising him hasn’t been all sunshine and ice cream sandwiches… not that I expected it to be!

Up to this point in my training career I’ve always preached the importance of quality sleep, but I’ve never truly experienced chronic sleep deprivation until, you guessed it, Nolan came along. I always got my 8 hours and routinely woke up feeling great. But it turns out newborns don’t really sleep that well and rely 100% on mommy and daddy to take care of them when they’re hungry, fussy, etc.

This means any plans Mommy and Daddy have to get a good nights sleep are thrown right out the damn window. And this can last for months.

As you may expect, I’m currently experiencing this firsthand. And to be super specific, my wife and I are pretty sure we’re experiencing Nolan go through a sleep regression too (which SUCKS). So thanks to my beautiful baby boy, I can now preach about the importance of sleep when it comes to your health goals.

What’s that? You want me to preach right now? Well, alright then!

On days when I slept 6 or less hours, everything from my focus, creativity, problem solving skills, memory, and just about everything in between were negatively affected.

Example 1: One day I tried to multiply 35×3 in my head to figure out how much something would cost. After 10 seconds of thinking I came to the conclusion this math problem was only suitable for Nobel Laureates because I … couldn’t do it. I had to bust out my calculator. Now listen, on a day when I sleep well, I know damn well 35×5 is 105, but sleep deprivation rendered my mental arithmetic skills next to useless. 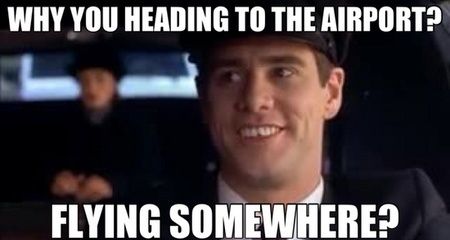 Example 2: I once sat at my computer for over an hour trying to write a post for this site… only to write a little more than two paragraphs. My creative juices and writing capabilities usually flow like light traffic on 295 on a Sunday morning. But while sleep deprived, my writing flowed like traffic on 295 during a snowstorm while all but one lane was shut down for construction. It was slow and painful.

Specific examples aside, there was a clear difference in my mental clarity and cognitive abilities on days when I did not sleep well. This affected my work, my coaching, my reaction time, my memory, my creativity, problem solving skills… you name it. Everything suffered.

Imagine going through your day wearing baggy, wet, sweat pants and a 40lb weight vest. Now imagine doing all of that in a city with a high elevation, like Denver, where the air is thinner.

That’s a pretty accurate description of what physically exerting yourself while sleep deprived feels like.

On a bad night’s sleep, weight that I normally warm up with during training felt like I was trying to break a personal record. Gravity was just stronger on those days. Activities that are normally beyond easy, like walking up a flight of stairs, left my heart beating way harder than it should have been. I felt less mobile, had more joint aches and creaks, and my immune system took a hit too.

I’ve had more sore throats in the past 4 months than I have all of last year combined. It hasn’t been anything bad enough to knock me out of commission, but still, pretty weird coincidence that my sore throats have all popped up when my sleep sucks, huh?

As if that wasn’t bad enough, I definitely got a bit fluffier.

I stay relatively lean year round, so it’s easy for me notice when I add some extra insulation around the midsection. The normal ‘puffiness’ that normally only resulted after an epic cheat meal just seemed to stay around a lot longer now. And here’s the kicker… I wasn’t really eating any differently. So what gives?

You see, lack of sleep completely screws up your hormone regulation, including ghrelin and leptin, or the two hormones responsible for regulating your appetite. One tells your brain, “Hey, it’s time to eat” while the other says, “Hey, it’s time to stop eating”. When both of these guys are regulated and released like they’re supposed to, you tend to not over eat.

Well, guess which two hormones AREN’T regulated when you sleep like crap?

I can most definitely recall nights over the last 16 weeks where I was an insatiable monster. I could pack away food like I was getting ready to hibernate. And when it comes to packing on pounds, theres only one thing that matters: total calories. So despite the fact my diet remained pretty clean, I was still overeating, plain and simple.

Oh, and I definitely had cravings for sweets as well… very severe cravings at that. Despite my knowledge and discipline with regards to food, my will power can only be tested so much. Sleep deprivation will also make you crave more simple sugar in hopes that those carbs will provide you with the energy needed to get your ass in gear. But it doesn’t. It just makes you fat. Oreos were my downfall, incase you were wondering.

Screwing with my sleep resulted in a weaker, slower, less mobile, and fatter version of myself.

To be 100% transparent with you guys, there have been stretches over the last 4 months where I have not been a pleasant individual to be around, just ask my wife (sorry babe!). This is odd, because anyone who knows me well enough would probably tell you I’m a fairly laid back, easy going guy who rarely gets angry or overly emotional.

This is not the case when I don’t sleep.

I’m naturally introverted to begin with, but these traits were amplified tenfold when I didn’t sleep well. I didn’t want to talk to people, I didn’t want people to talk to me, and my irritability was through the roof on some days. This not only sucks the life out of you, but it makes the people around you miserable as well. No one likes to be around a Debbie Downer.

So let’s recap, shall we? After one, or several, bad nights of sleep I was….

I’m just a model for health, no?

Now this is all subjective talk based on how I perceive myself to usually feel after quality sleep, so you’ll have to take my word for all of this. However, it’s been proven, with science, that individuals who claim that they can function properly on 6 or less hours of sleep per night are actually full of crap.

What they claim to be ‘functional’ is actually their bodies and brain just adapting to operating at 60% all the time. After long enough, 60% becomes the day to day norm.

To rephrase, feeling like crap is the status quo and they’ve just forgotten what operating at 100% feels like. Their ‘mediocre’ has become their new ‘great’.

I can back this up 100% too. Even on days where I felt GREAT after sleeping poorly, people would still tell me I looked like crap (I can always count on Matt for this).

I distinctly remember this photo, as it was taken after a night of about 3-4 hours of broken sleep. Look how happy I am!

And if you don’t believe that consistently getting less than 6 hours of sleep really does this much harm to your body and brain, I insist that you read Why We Sleep by Matthew Walker. Matthew Walker is an English scientist and professor of neuroscience and psychology at the University of California, Berkeley, so just based off that, anything he says about sleep is pure GOLD.

This book is eye opening to say the least and is well worth a read. I promise it will change how you think about sleep and your health. Plus, it goes waaaay deeper than I do, explaining that lack of sleep leads to early disease, gut health issues, and issues much more serious than just being tired from day to day.

So I will say this. If you willingly and voluntarily skip out on sleep just to stay up late and do nothing of importance, you. are. stupid. I’m not even gonna sugar coat it. You’re just plain dumb. Go to bed.

So Nolan… please start sleeping through the night 🙂