I hope you all have a blast with your plans and get those last questionable decisions and risqué behaviors out of your system. Last year I spent a decent chunk of the night cleaning trails of pee out of my carpets because I discovered my dog is ABSOLUTELY TERRIFIED of fireworks. They literally scared the crap out of him. Seriously, turds were just falling out of him as he ran in terror after every extra loud explosion. In his defense, they were going off in our neighbors yard and were actually obnoxiously loud. But anyway…

Honestly, I’m not really into New Years. And I think it’s for a couple of reasons.

But alas, New Year’s resolutions are still made by countless individuals. And that’s a good thing! Becoming a better version of yourself is what we’re all about at Grit, so I guess I can’t be completely anti-resolutions.

And what are seemingly the most common resolutions?

And so on and so forth.

But it seems more often than not, lots of people make the same health and fitness resolutions year after year… so why the low success rate? Personally, I think it’s because they go about it the wrong way or bite off more than they can chew. So here is some quick advice on how to actually stick with it this time.

Eating healthier is a big one and I’d be willing to be it’s the most common resolution in the US. And I’d also be willing to bet most people try to go ‘cold turkey’ with it, opting to completely overhaul their diet overnight. This is a highly dramatic change and realistically will lead to failure. Complete overhauls are too much change too soon and a majority of people can’t handle that. Before you know it, one bad day of eating turns into two, then three, and suddenly they’ve reverted back to their old ways. 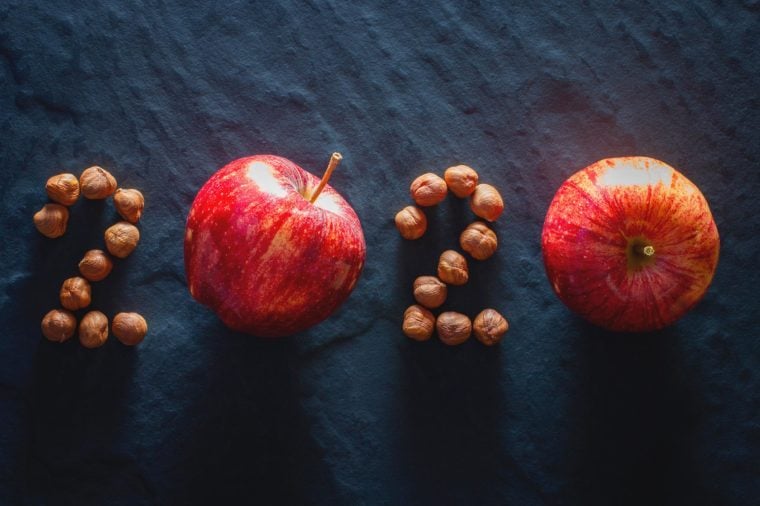 Imagine if one day you were unexpectedly relocated to a foreign country where you didn’t speak a single word of the native language and you had to relearn how to go about your day to day living. Do you think it would be a smooth and seamless transition? Hell no. You’d struggle big time. Diets are no different.

So here’s what to do instead.

Make a list of several things you struggle with diet wise. Maybe your time is severely limited causing you to make ‘cheap and easy’ but not so healthy food decisions (like fast food). Maybe you’re a soda junkie. Or perhaps your snacking is out of control.

Once you have that list, order them from “I struggle the most with this” to “This isn’t such a big deal”. Now start at the top of the list and start working to fix the biggest and baddest problem. That is your PRIME focus. Ignore the other ones (for now).

By aiming to fix the biggest problem first, you’re getting the worst thing out of the way. It’ll be the hardest thing to change, obviously, but once you solve that issue, everything else on the list is going to be cake…no pun intended.

But remember, ONE THING at a time. Don’t try and tackle multiple issues as this has been statistically proven to lower your success rate.

Just like diets, I think lots of people bite off more than they can chew when starting a fitness or training regimen. They train super hard and super long January 1st and come January 2nd, they feel like they got hit by a FedEx truck. They’ve got the ‘hurts to sit on a toilet’ type muscle soreness.

They hate how this feels and are hesitant to go through with it again. So they next time they go to workout, they’ll remember the muscle soreness and potentially second guess another workout. Just like the diet, it’s just too much change too soon. They’re asking their body to handle a workout suitable for someone who’s been doing it for months, not days.

Starting off, your workouts should be EASY. Like, you finish it and you say, “…that’s it?”

Yes. That’s it. Leave your workout feeling like it was almost nothing. You’ll leave the session thinking “Damn, I definitely could have done more than that.”

Then next time you workout, do juuuuuust a little bit more than last time. Don’t overdo it! Just a little bit! Leave the workout with the same “I could have done more” feeling.

Now repeat this 25 times. Before you know it, your workouts will be pretty impressive and you’ll still be completing them because you’ve essentially built up a tolerance. No crippling success derailing muscle soreness here.

But at the end of the day…

Break your resolution up into small, very achievable goals and continually build off of those small victories. I guarantee your success rate for actually sticking with that resolution will increase. Don’t do complete overhauls. No 180’s. You’ll be as successful as the Microsoft Zune.

And if you don’t know what a Microsoft Zune is… my point exactly.