We recently posted this to our social media to help our followers realize that creating positive (and permanent) changes in your life require a shift in your own mindset. Becoming a better you isn’t simply about having enough will power to do what’s “right”. No, no… that’s the bare minimum. Doing this will have you falling off the bandwagon before you know it. Permanent change is about altering how you think, how you view yourself, creating better priorities, and establishing fundamental principles that you now live by.

And while this is solid advice on its own, its impact might not hit home with some people. In order for these words to really hit home, you need something relatable… a story that helps the message stick.

So I’ll give you just that.

What follows is the story about how I created a shift in my own identity to help establish the habits and values that make me who I am today.

I grew up in a middle class family in the suburbs of south Jersey. My childhood was an enjoyable one filled with tons of happy memories and good times. My family was very loving, I had lots of friends, got good grades, and really had nothing to complain about. When I wasn’t outside playing various sports, I could usually be found riding my bike around the neighborhood and just hanging out with friends.

Now just like a majority of most kids growing up in the 90’s, my parents weren’t nutrition experts. Sure, they probably had some preconceived notions about what was good for me when it came to my diet, but their dietary expertise didn’t extend past anything they saw on the news or popular media outlets. And of course, this is no fault of their own. I mean, I’d argue that a majority of parents to this day are far from nutrition experts. So, it’s only natural for this knowledge (or lack of) to extend down to kids.

My parents didn’t know what they didn’t know, so I can’t blame them. Like when my mom told my dad eating eggs too often would give me heart problems as an adult, because of, you know, the evil cholesterol in it.

Eggs are bad for you, LOL.

As a result, my pantry and fridge were always usually stocked with fruits and healthier options… but we also had the good stuff. And by good stuff, I mean a 12 year olds definition of the good stuff. Cereals, Pop-Tarts, fruit snacks, Entenmanns, ice cream… pure, sugar laden bliss, baby.

So being a young kid who didn’t know any better, I scarfed this crap down on the regular because it was readily available and it was delicious. I distinctly remember in 5th grade coming home from school and eating a bowl of cookies and cream ice cream multiple times per week. #LivingTheDream

And for a large portion of my childhood, this did little to my overall weight. I was still a string bean of a kid, blissfully unaware that the crap I was shoveling into my mouth would eventually catch up to me. Ah, to be young again.

This increased junk food consumption also happened to coincide riiiiiight about the same time Playstation 2 was hitting its peak popularity.

I had enjoyed video games up until this point but that PS2 took things to another level. I was beginning to spend more time in front of the TV than ever before. Couple this with my less than stellar diet, and well, you can probably guess what happened within the next year. Before I knew it, my mom was taking me shopping for back to school clothes in the Husky session at Kohls.

And here I was, young and naive, not knowing any better. Believe it or not, when my mom told me we’d need to try ‘husky’ jeans, I thought it was the coolest shit ever. I loved huskies and thought they were badass. Who the hell wouldn’t want husky jeans?! 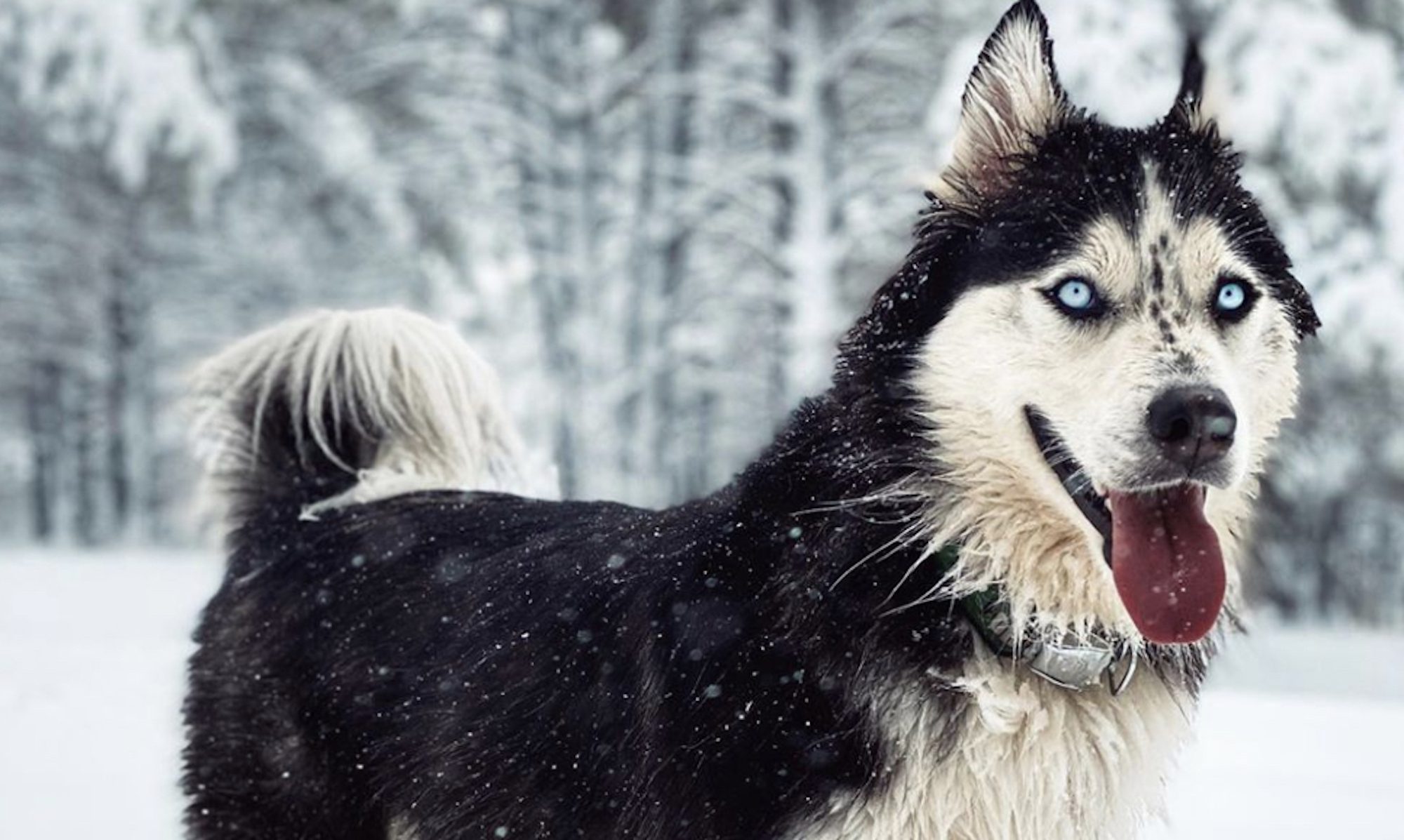 Spoiler: husky jeans had nothing to do with actual huskies.

I kept up this video game playing, honey bun eating lifestyle for the next 18 months. It was not uncommon for me to eat two Big Macs from McDonalds in one sitting, polish off entire pints of ice cream, and succumb to every culinary indulgence that my little heart desired. I was riding the Calorie Bus to Flavortown every day, and tickets were free.

Slowly but surely, I noticed a few things beginning to happen. My closest friends had begun to make comments about my appearance. My own family even started poking fun at me. Some of these comments were enough to cripple the young, fragile psyche of a growing boy… but I won’t dive into that. I’m sure no one wants to hear the two exact instances that have been burned into the ‘Emotional Trauma’ section of my memory.

Wait, what’s that? You do?! Well alright then!

It’s 6th or 7th grade, and I’m swimming with my two best friends in one of their pools. This particular pool had lights lining the interior of the entire pool, making swimming at night a possibility. Because of the location of these night lights, you could swim up to them and block it with your body, causing a “blackout” in that one particular section of the pool.

Well, I had swam to one light directly across the pool from where my two friends were at. I positioned my body in front of a light and blocked most of the light… or at least enough to create an unflattering silhouette of my soft, prepubescent body.

From across the pool I heard two stifled cackles followed by a whisper of “…God, look how fat Chris looks!”

It was precisely at this moment that I became self conscious about my appearance around my friends.

Scene: I’m in my bedroom with my best friend at the time, just lounging around when the house phone rings. After seeing my sisters phone number on the caller ID, I answer and place the call on speakerphone, which for some reason I had in my room as a 12 year old. The phone call is loud enough for my best friend to clearly hear the conversation about to take place.

Sister: “What are you doing?”

Sister: “Oh, OK. So, Mom and I are getting some clothes at the mall… and I’m wondering what size bra you need?” *maniacal laughing, followed by a click.

So just to be clear, my sister asked what size bra I needed to contain my developing man boobs, on speakerphone, in front of my best friend.

The above photo about sums up how I turned around to my best friend, trying to pretend that I had not just suffered an emotional and mental kill shot.

It was right around this time that I had hit a breaking point in my young life.

I finally came to the realization that I no longer liked the way I looked. I didn’t want to be “the fat kid”, especially going into high school where I’d be meeting tons of new people and making new friends. So I set out to change things. I asked my dad for some workout equipment for the garage. I subscribed to Muscle and Fitness magazine and started jogging every day. My diet even shifted to a healthier one… or what I thought was healthier. Young Chris thought eating Lean Pockets instead of Hot Pockets and swapping blueberry muffins for Pop Tarts meant he was eating healthy.

I promise I know better now 🙂

Yet the most important thing that happened was in my little brain. Sure, I was being more active and making an effort to fuel my body with better food. However, those things alone don’t create the type of long lasting change that many people strive for. When motivation is low and will power is depleted, you need something a bit stronger to fall back onto.

The biggest change was in my foundational beliefs and values as a person.

Gone were the days of snacking on multiple honey buns and playing Playstation for hours on end. I realized that while they were enjoyable and made me feel good in the moment, the end result of these activities made me hate the way I looked and felt. I no longer wanted people to view me as the stereotypical glasses wearing, junk food eating, video game playing chubster.

So I stopped eating all the crap. That wasn’t who I was anymore.

Being strong and looking good became a foundational belief for me.

Being active and taking pride in my health was something I valued now.

My actions and principles had shifted drastically based on a new way of thinking.

I had a new identity.

Think about when someone offers a non-smoker a cigarette. Assuming they don’t succumb to peer pressure, they’ll probably decline. But why? It’s not because they’re not in the mood for a cigarette. Chances are it’s because they they’ve got some principles and beliefs that they live by, perhaps that are centered around health and well being. If smoking brings about negative side effects and opposes these beliefs, it also goes against that person’s identity.

Ever ask a Yankees fan to root for the Red Sox? Ain’t gonna happen. That definitely against their New York identity.

What about asking anyone with deep seeded Italian roots to put pineapple on a pizza? FIGLIO DI PUTANA WHATSAMATTA WITCHU, DA PINEAPPLE DON’T GO ON NO PIZZA. Again, against that person’s identity. 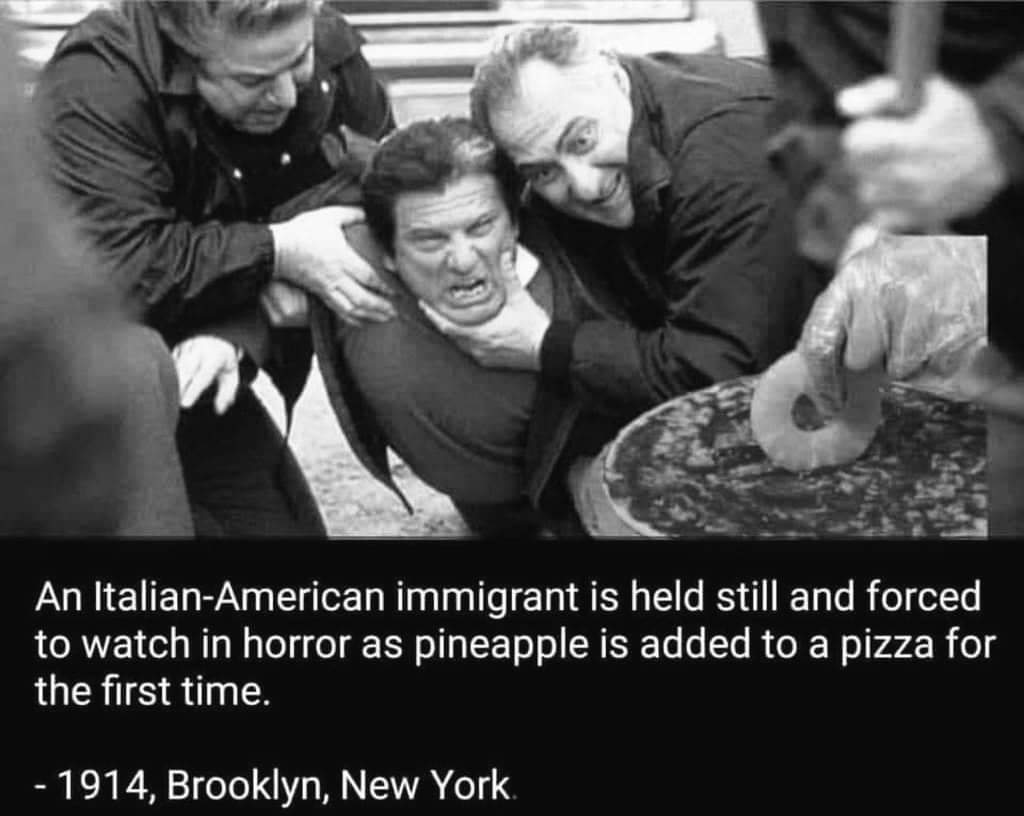 Side note: I enjoy pineapple on pizza. Sue me.

These are obviously some light hearted examples, but hopefully it drives the point home.

If you’re looking to make permanent changes in your life, you’ve gotta take a hard look in the mirror. You need an identity that works with your goals. You need beliefs and a mindset that serve as a foundation for the type of person you want to become.

Let’s say you wanna work on being on time because you’re notorious for being late. Change your mindset surrounding this… create a new identity!

Taking action and consciously making better decisions to help you reach your goal is a good start. But without a foundation of better principles and beliefs to fall back on, the changes you’re making might only be temporary.